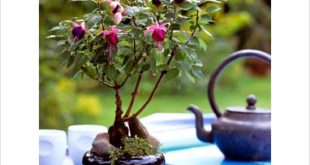 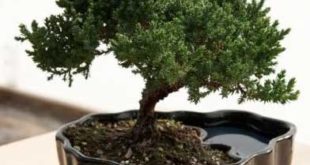 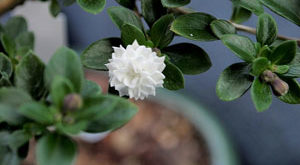 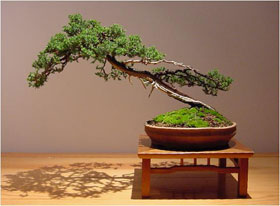 Intermediate Bonsai artists may try some of the more common advanced styles such as the Bankan (Twisted), the Fukinagashi (Windswept), or the Bunjin (Literati). Here’s a brief explanation of each.

Thought to have originated in China, this style features trunks that are twisted and gnarled. Some expert artists can even form them Into animal shapes, the dragon being the most popular in Japan.

There are some styles to the Bankan which include the Nejikan with a trunk is only partially turned. Another style, the Takzukuri, is also called the octopus and in this style the trunk is quite twisted with the branches following it in the shape of a vortex. This style emulates the natural wind which shapes the full-size species of the tree.

This style is an attempt to emulate nature’s effects on the tree but in miniature.

In the Fukinagashi style, the trunk is slanted as if it has been blown by a strong wind coming from one direction. The branches follow suit in that direction as a result of the bent growth.

This can be seen in areas near a class or a hill such as coastal regions. In these areas Fukinagashi is formed by nature. 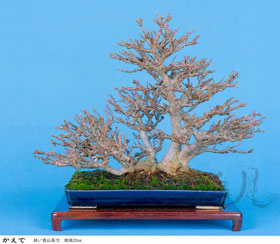 of course, the bonsai artist cannot emulate a forceful wind and must use different means to cause the plant to grow in one direction. One could use wire, although this is most often used for the branches, and use a cord tied to a stake to force the tree to grow in the direction you want.

Often times, the bonsai artist who makes sure the foliage is sparse to emulate the natural conditions where leaves would’ve been blown away by the strong winds.

This is one of the most popular bonsai styles and no it is simple, it is deceptively difficult. The style consists of a thin trunk with very few branches and is inspired by Chinese paintings that show trees growing in a harsh climate. While this might sound sparse it produces rather dramatic results.

The trunk has frequent twists and branches come out at sharp upward angles giving the tree a different view from every angle. A popular species for the Bunjin style is the Japanese Red Pine but it can be done using many other types of trees.

These advanced styles require a lot of skill and patience so they would be quite frustrating for the novice bonsai artists. However, once you are bored with the basics you might want to try your hand at these styles which will reward your skill and patience with beauty. 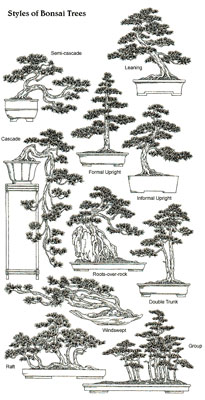 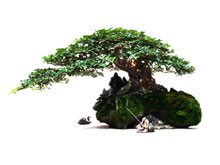