Caring for Your Orchid 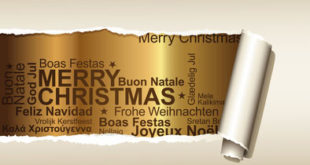 Caring for delicately scented Japanese orchids is a bit different than for most other garden flowers. They are epiphytes, which mean that rather than growing in soil, their roots are exposed to the air. In the wild orchids grow on other plants, using them for mechanical support. Orchids are not parasitic. They get their nutrients from the air and are sometimes called aerophytes, or air plants. Most Japanese orchids have white blossoms, but they can be found in subtle shades of pink and yellow.

The easiest way to grow them at home is to use a small flower pot filled halfway with coconut fibre. Bonsai planters will work as well, but since most of these are shallower, you must take more care with watering.

After wrapping the roots of the orchid in sphagnum moss, place the orchid in the flower pot, making sure that the crown, or top, of the orchid sits above the rim of the pot. Water just enough to dampen both the coconut fiber and the moss. Let it sit for 15 minutes, then pour the excess water out of the drain tray. It is important for the moss to be kept moist. (Do not leave your Orchid standing in water as it will drown)

If you have decided to go with a bonsai planter, you may have to adjust your watering schedule to make sure the moss in the bottom of the tray does not dry out. Using a deeper bonsai planter dish tends to hold moisture longer than a shallower tray.

Orchids like plenty of light  (but not direct light) and prefer temperatures between 24 to 30 Celsius during the day. Night temperatures should not get much below 18 degrees Celsius. Japanese orchids are more robust than most other varieties and will tolerate slightly cooler temperatures.

Use lukewarm distilled water to mist your orchids once every other day during the spring and summer seasons. Avoid tap water since it may have chemicals that might harm the plant.

Fertilize your orchid once a month from early spring until the autumn. Fertilizing is not necessary in winter since the plant won’t be actively growing. Liquid or water soluble types of orchid fertilizer are advised. Fertilizers may cause salt and mineral build up in the bottom of the flower pot. Changing the coconut fiber once a year prevents this build up from harming the orchid.

Tags Grow Your Own Bonsai orchids

It’s great that ‘Natures Watering Can’ helps to make life much easier, especially when the …