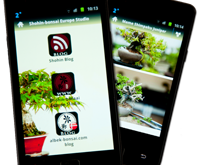 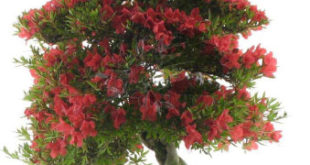 Craig Coussins will be exhibiting a ‘Shishigashira’ Acer Palmatum at the John Hanby Newstead Show in September.

The tree was grown from a cutting taken in 1970 by the well respected Bonsai UK Master Ken Shalliker . The tree came into Craig’s possession in 2005. It had not been maintained for a number of years.

Craig started to work on bringing the tree back to some shape and in 2008 it was re-potted into an Antique pot signed Shuho (1750).  In 2009 the maintenance was taken over by Bonsai Master Peter Foele from Belgium. Peter helps Craig maintain the Coussin’s Bonsai Collection.

Other facts on the trees to be exhibited.

The Shishi Pot,  is Turquoise drip glaze Tokoname Kilns made by the Yoshimura to-en-(Family). The Shishi is on a 18th century Japanese table and the scroll is a recently restored 18th century tea house scroll of a stone lantern with falling autumn leaves.

Another tree to be exhibited is a 20 year old Mame Rowan tree four inches tall and covered in pink berries. That is on a 17th century lacquered stand.

Previous What Bonsai Tree are YOU
Next Friends of Bonsai

Known affectionately as the “Saturday Morning Club”, the membership has grown very rapidly, and we …