The strategically situated castle town of Edo, destined to become modern day Tokyo, was the seat of power for the Tokugawa Shogunate from 1603 to 1868.  Following nearly a century and a half of war known as the Sengoku period, the Edo period welcomed a much needed period of social harmony.

This change in mental attitude also signified change in the purpose of the many castles that dotted the Japanese landscape.  Rather than having a primary purpose of defence, these elaborately built structures became luxurious homes for the daimyo, or feudal lords and more attention could be paid to aesthetics. Elaborate Japanese gardens became a must have for residents of these lavishly furnished homes that became symbols of power and wealth.

Gardens constructed in the Edo period often centered around the Japanese tea ceremony which became an important part of local culture during this era.  Known as Chianwa gardens, they usually consisted of a water feature, either a stream or pond, crossed by small bridges or stepping stones that would lead to a simply constructed tea house.  Stone basins would be provided for guests to purify themselves before participating in the ceremony.  Gardens would also be constructed in the waterless Karesausui style, of Zen Buddhist origins and the Tsukiyami garden style which creates, with great accuracy, depictions of actual landscapes found throughout Japan and China. 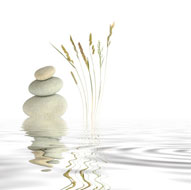 One of the surviving Tokyo gardens from this period is the Koishikawa Korakuen Gardens, created in 1629 by Yorifusa Mita, the Daimyo of the Mito Tokugawa family of that time period.  Meticulously tended and expanded over the years, the current garden consists of wandering pathways through gates, across stone and wooded bridges and around a central pond studded with islands.  The Cultural Properties Protection Law of Japan has listed the garden as a Special Historic Site.

Though the capital of Edo was the center of this societal evolution, the influence of the Edo period expanded beyond its borders. The city of Kyoto is home to Manshu-in, a Tendai temple in the north eastern sector of the city.  The temple’s main hall dates from the early Edo period and features a Waterfall Room decorated with slides by Kano Tanyu (1602-1674).   The same artist also created a Mont Fuji Room, a Snowy Scenes Room, a tea room and a Twilight Room, complete with royal throne.  All are decorated with an assortment of screens, prints and paintings. The garden is done in the Karesausui, or waterless style and features an island bound 400 year old Japanese white pine.

Another Kyoto treasure is the Shisen-do Buddhist temple.  The temple was established in 1641 by Ishikawa Jozan (1583-1672) and is also registered as a historic site of Japan. The main temple has a room displaying portraits of thirty six Chinese poets, painted by Kano Tanyu. This room is part of the original structure.

The gardens reflect the Tsukiyami style.  It makes use of an ingenious water feature known as a sozu, designed to scare off wild animals.  Using a simple bamboo tube, the device gradually fills with water and then tips when the liquid reaches a preset level.  The water is discharged and the tube pivots upright to strike a strategically placed rock that makes a loud clapping noise.  Such creativity is a reflection of the Japan’s cultural growth that has its beginnings in the post war, relatively peaceful Edo period of this country’s rich and varied history.

Previous Flowering Cherry
Next A Stroll through French Gardens

Japanese Gardens have been a treasured art form in Japan for centuries, and are very …