Your own Japanese garden 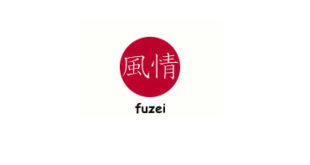 Your own Japanese Garden, part two

How to go about when you are caught by the beauty of a Japanese garden and you have decided that this is what you want?

Japanese gardens are a living work of art in which the plants and trees are ever changing with the seasons. As they grow and mature they are constantly sculpted to maintain and enhance the overall experience. Hence a Japanese garden is never the same and never really finished. While the underlying structure is determined by the architecture, that is the framework of enduring elements, such as buildings, veranda’s and terraces, paths, tsukiyama (artificial hills) and stone compositions, over time it is only as good as the careful maintenance that it receives by those skilled in the art of training and pruning.

If a major reason for having a Japanese garden is the quick and easy construction or the little maintenance that it needs then you have been fooled and probably read the wrong advice, perhaps on one of the many poor quality websites. It is beyond imagination to see how much discussable information is written on the Web on the subject of Japanese gardens and gardening. And that is perhaps the best prove that constructing your own Japanese garden is not as straightforward as some authors want you to believe. There are dozens of brilliant and good books on the subject. There are also plenty of poor books on the subject. I have however never seen a book that comes even distantly close and is as bad as some publications on the Web. There are also a few quality sites but you need a candle-light to find them.

Often the terms Japanese garden and Zen garden are used as synonyms and interchangeable. Well they are not. The designs of medieval gardens in Japan was ultimately derived from Chinese landscape art. The influence of Zen-Buddhism on garden design was (probably) first described as such in 1935 by Kuck (Kuck, Loraine (1968, 1984) in ‘The World of the Japanese Garden – From Chinese Origins to Modern Landscape Art’ (John Weatherhill, Inc. of New York and Tokyo. ISBN 0-8348-0029-2.) in the early 20th century and disputed by Kuitert (Kuitert, Wybe (1988). ‘Scenes and Taste in the History of Japanese Garden Art’ ( J.C.Gieben, Publisher, Amsterdam. ISBN 0-5063-021-9) by the end of that century. It took until the nineteen fifties that the concepts of a garden as an expression of Zen was first described in the Japanese language by Shinichi Hisamatsu in ‘seven characteristics’. And for sure these latter are very useful for us Westerners to better understand and realize a Japanese garden of any type. Mind you this is not to say that Japanese gardens are not influenced by Buddhism or Zen-Buddhism but that nowadays we see just too much esoteric explanations and interpretations brought into the Japanese garden mainly by Westerners.

The subject is a complex one and perhaps that is the reason for over-simplification by many writers. Building a Japanese, and actually any, garden does not start with selecting “Japanese” plants and trowing them on a plot together with a pile of ‘Oriental (looking) ornaments’ either made out of stone or plastic. This sounds a bit disrespectful. But then, is it not also disrespectful to call such a composition a Japanese or Zen garden ? If you like oriental ornaments and flowering sub-tropical plants you can design and build a very nice garden based on that theme. Just then do not call it a Japanese garden or confuse that with what you have. Instead call it an Oriental garden. Nothing wrong with that and no confusion caused.

The point is that although a garden can be Japanese, there is no definition of such a thing as the Japanese garden, because there are a number of very different Japanese garden types and styles. The term ‘Japanese garden’ is a common classification that applies to all Japanese garden types, regardless of style, located in Japan originally. The character of a garden is determined by its type and style. In addition many, of not most gardens in Japan, combine multiple types and styles. This is done by compartmentalization of a garden. Looking at a Zen-Buddhist temple-complex this is mostly composed of different garden types. It is important to observe that these different types are often combined but not mixed or amalgamated. Each garden compartment as such is kept pure and in accordance with its utilization and hence garden-type.

For you, assuming that we talk about a home-garden, it all starts with the question what is it that I like about it and what is a Japanese garden anyway ? If you want it to be a Japanese garden, and perhaps more specifically a Zen garden or Tea garden than stick to this concept. If you want a pond in your garden, with or without Koi-carp than you need yet a different type or combination.

Take as a model the creations left to us by the famous men of old and, considering the suggestions of the owner of the house (where the garden is to be made), one must create, exercising one’s own aesthetic senses.

From Sakuteiki, a Japanese garden book with rules and notes on garden making that dates back to the late seventeenth century. Its oldest title is Senzai Hishõ, “Secret Extracts on Gardens”, and was written nearly 1000 years ago. The oldest treatise known that addresses gardening as an aesthetic art.

To answer the former questions you should follow the above centuries old advice.
Look at and study genuine Japanese gardens. Although there are some great Japanese gardens outside Japan these are relatively scarce and one should be reluctant and selective to use these as a point of reference, at least initially. For this purpose it is best to first stick with gardens located in Japan. Until ten years back one had to either travel to Japan or get a few good books. Nowadays there is an abundance of good photo’s available on the Web and many authentic gardens located in Japan even have their own Website some of them even offer you a virtual interactive tour.

Then decide what you like most, be it a garden type, ornaments or objects and elements and scenes from different gardens, and what you would like to have as your own Japanese garden. This will become the source of inspiration to design your own garden, not to copy it. Then the next step has everything to do with feasibility. Many questions should be asked and answered to satisfaction. Obviously this has to do everything with the available budget or at least what you are willing to spend on your garden, now or perhaps in stages. Perhaps the next factor is location and surroundings. What garden architecture does best fit and take advantage of the surrounding while satisfying your needs ? And do not forget the practical side of your garden, the different purposes for which you want to use it. And so on. Your own Japanese garden should start as lines and text on paper, no more but definitely no less. Planning it over one weekend ? You must be joking.

Description of image above:

This is an architecture design map or outline garden plan of Ginkakuji (Silver Pavilion) in Kyoto. It is called choukanzuhou, “a bird’s-eye view” or fukanzuhou, “view from above”.